The need to improve the reliability and reproducibility of antibodies in research is clear. Commercial companies will undoubtedly come under pressure to improve antibody validation from their side. However, companies cannot do everything themselves and therefore the development of new guidelines for researchers will undoubtedly drive in improving standards in the academic community. 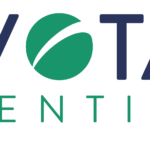 Time to get serious about antibody quality

People in the research antibody business will be aware that discussions relating to the quality and validation of antibody quality have been rising over the last couple of years. General concerns relate to antibody specificity, sensitivity and batch to batch variation. When these factors are neglected, it could result in wasted research time and money. A new article in Nature published in November 2015 (Antibody Anarchy: a call to order) highlights some real initiatives by the academic community to make progress in this area. This blog looks at some of the initiatives being planned, along with the key issues involved.

Initiatives from the academic community

One of the first academic journals to demand antibody validation from authors was the Journal of Comparative Neurology. Such a move was controversial then. Furthermore, the editor Clifford Saper acknowledges that some authors chose to publish elsewhere rather than meet these standards. However, now, the research  community is starting to acknowledge that such steps are more than justified.

An important new development that will take effect from January is that the NIH would ask researchers applying for grants to describe what steps they will take to confirm antibody authentication in their research. This is followed by a number of meetings and discussions about antibody validation by organisations such as FASEB and the Human Proteome Organisation. In September 2016, the Global Biological Standards Institute, will also be holding a major meeting to discuss this important topic.

The most likely outcome of all of this activity is some consensus on what techniques for antibody validation are acceptable.

Are the days of traditional antibodies numbered?

Amongst those discussing these issues are some who claim that polyclonal, and perhaps even monoclonal, antibodies should be replaced by recombinant antibodies. The argument is that a recombinant reagent can be characterised absolutely at the genetic level. Therefore, can be manufactured consistently every time.

Nonetheless, at this point, scientific aspiration meets commercial reality. The great majority of research antibodies generate very low levels of sales. It is unlikely that any of the companies currently active in this market will invest in generating recombinant antibodies for anything other than their top selling reagents. Given that polyclonal antibodies are so much cheaper to make than recombinant antibodies it seems that these traditional reagents will be around for many years to come.

Many researchers would probably say that the company supplying the antibody should undertake full validation. Yet, can this be realistic in all cases? Whilst it is clearly the responsibility of the antibody supplier to perform a good degree of validation, it is not possible for them to test every antibody in every application and in every tissue or sample of interest.

So, who is responsible for antibody validation?

Researchers could perhaps rightly question if even a basic level of validation is performed by many companies. There is clearly much work for companies to do to improve their reputation in this respect. Most importantly, antibody companies clearly still need to improve on the amount of data they provide to customers. There is a general acceptance by companies that datasheets with images and data lead to increased sales. Nevertheless, there are still a vast number of antibodies on sale with insufficient information.

Some companies are now investing heavily in validation. Abcam, Proteintech and BioRad are all mentioned in the Nature article as leading in this area. Even so, only a small proportion of their range will be validated to the highest standards. For example Abcam are only looking to validate 500 reagents per year using their CRISPR based knockout protocols.

If companies can only make slow progress on the highest level of validation the rest of the responsibility will fall to researchers. However, many researchers using antibodies use them simply as tools. They might not even fully understand how they perform in different assays and applications. Some of the antibody companies argue, with some justification, that researchers require a more in depth understanding of the assays they are running to enable them to improve their results. Any future guidelines emerging from the initiatives mentioned above will help to enable researchers to understand how to validate antibodies correctly for their particular experiment.

The need to improve the reliability and reproducibility of antibodies in research is clear. Fortunately, the academic community is now making this a real priority. Commercial companies will undoubtedly come under pressure to improve antibody validation from their side. Some will see this as an opportunity to gain advantage from competitors who do not take the issue so seriously.
However, companies cannot do everything themselves. Therefore, the development of new guidelines will undoubtedly drive in improving standards in the academic community.